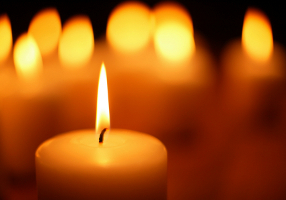 William J. Moriarty died on September 29 in San Francisco of a sudden heart attack.  He was born in Butte, Montana, on December 23, 1949, the son of Frederic B. Moriarty and Elizabeth Carman Moriarty Hauck.  Bill graduated from Butte High School, where he was a stellar athlete and student.  He attended Stanford University, earning a degree in history, and Georgetown Law School.  He began his legal career with a Wall Street law firm in New York City, relocating to San Francisco several years later. He practiced law in San Francisco for decades, where his principal focus was litigation.

Bill had an eclectic mind and an historian’s bent. He was a particular student of Lewis and Clark, lecturing at the college level on the voyage of discovery, and writing a screen play “A Girl Goes West” based on the expedition.  He spent  his junior year in France, and became a life-long Francophile, remaining  fluent in the language and keeping in touch with friends old and new during his subsequent European travels. Among his favorite youthful possessions was a hot red 1969 Camaro which he drove for years all over the West.  He was a fine athlete, most valuable player on his high school basketball team, an avid skier and a competitive tennis player.  Though always a loyal Cardinal fan, he regularly commuted to Berkeley to cheer for the University of California women’s tennis team. In later years he kept his mind active by competing in trivia contests, often on team competitions at Moylan’s  Brewery, a local bar in which he had an interest.

Above all, Bill was devoted to the blended Hauck and Moriarty family, brought about in 1957 by the marriage of Bill’s mother, Elizabeth, to John Hauck; both were then widowed.  Bill was the cheerleader and adhesive keeping the family together, sharing the exploits and accomplishments of the young (or old) set. Though Bill spent the better part of his life and career in San Francisco, he left his heart in Montana. He co-owned a cabin at Moose Lake, where the family has gathered for 70 years.  Moose Lake was the “center of the universe” for Bill and much of the family, and where we will remember him best.

A memorial service will be held in the summer.

To send flowers to the family or plant a tree in memory of William James Moriarty, please visit our floral store.

You can still show your support by sending flowers directly to the family, or by planting a memorial tree in the memory of William James Moriarty
Share a memory
© 2021 415-431-4900 Duggan's Funeral Service