Share a memory
Obituary & Services
Tribute Wall
Read more about the life story of Shirley and share your memory.

Re Styles, actress/model/singer/performer, died peacefully in her sleep on April 17, 2022, in San Francisco, CA, of complications from a stroke. She was 72.

Shirley Marie “Re” MacLeod was born March 3, 1950, in Fort Campbell, KY. She grew up in Seattle, then moved to San Francisco in 1968 becoming immersed in that era’s vibrant arts and music scene. The daughter of late parents Duncan A. and Shirley L. MacLeod, she is survived by her many friends and fans including James English and her beloved Prairie Prince.

A talented singer/performer and beautiful fashion model, she was iconic in the early San Francisco rock and roll scene, as music of the times was changing American culture with groups such as Jefferson Airplane, Grateful Dead, Janice Joplin and the Big Brother and the Holding Company, Santana, Quicksilver Messenger Service, and others with the San Francisco sound. The theatrical-rock group The Tubes embraced her as their featured lead singer, dancer, and actress in their innovative stage shows, which were performed in clubs and stadiums throughout the U.S. and Europe. Taking the stage name Re Styles, she always thrilled the crowds who loved the Tubes shows.

Styles became known as an underground film actress in the early seventies. She appeared in Alejandro Jodorowsky’s iconic film The Holy Mountain released in 1973. As a model, she appeared in fashion spreads for Macy’s and Vogue. She became known in the music world while performing in the early Tubes productions, “Rock and Roll Hospital” and “Mondo Bondage” (1974). Her presence added a new, more glamorous style to the conventional San Francisco rock scene. She sang lead on Tubes tracks “Don’t Touch Me There,” “Cathy’s Clone,” and “Prime Time” (A&M records). As the fearless female in an otherwise all male band, she thrilled the crowds with her wit and powerful presence. During her time with the Tubes, Styles also appeared in feature spreads for Playboy and Oui magazines, as well as countless music magazine stories and covers in publications such as Creem, New Music Express, Circus, and Rolling Stone.

In addition to her stunning appearances on stage and screen, Styles was a renowned floral artist and garden designer. Her interests also included the study of a favorite topic of her grandmother, Rosicrucian philosophy.

North Beach is famous for its Filbert Steps, sidewalk cafes, Washington Square, Coit Tower, vintage shops, Italian restaurants, and City Lights Bookstore and the Beat Generation scene. This legendary neighborhood of San Francisco has, for centuries, been home to poets, artists, and musicians, including the illustrious Re Styles, who proudly called it home.

To send flowers to the family or plant a tree in memory of Shirley Marie Macleod, please visit our floral store. 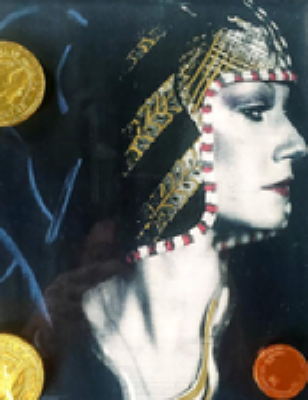 Family and friends are coming together online to create a special keepsake. Every memory left on the online obituary will be automatically included in the book.

You can still show your support by sending flowers directly to the family, or by planting a memorial tree in the memory of Shirley Marie Macleod
SHARE OBITUARY
© 2023 Duggan Welch Funeral Home. All Rights Reserved. Funeral Home website by CFS & TA | Terms of Use | Privacy Policy | Accessibility