Plant a tree in memory of Samuel
An environmentally-friendly option 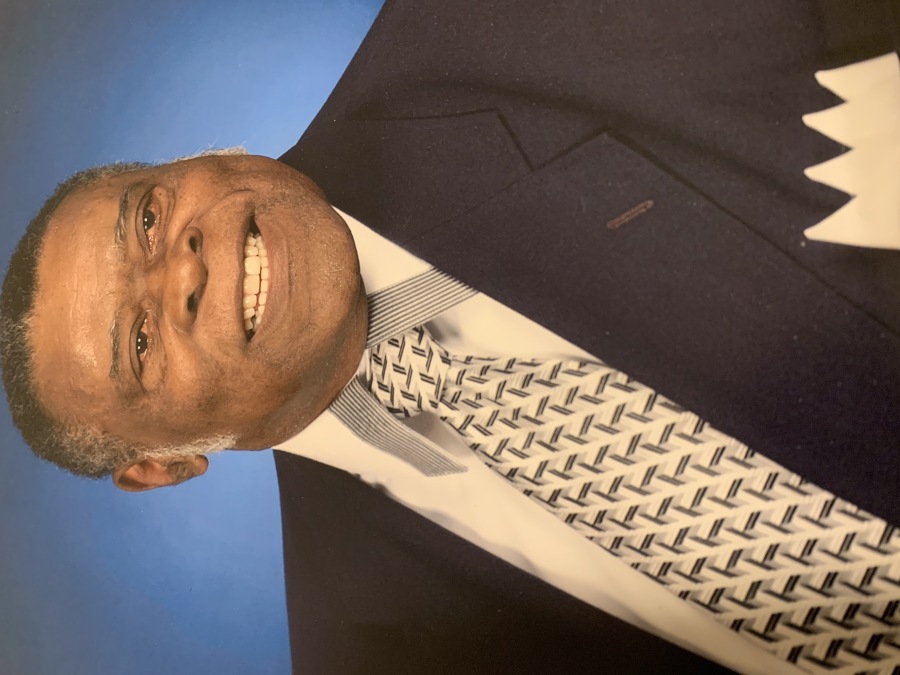 Professor Samuel Bennett, a man of integrity and a master musician blessed by God, was born July 17, 1931 in Middletown, Ohio to Toby Bennett Sr. and Ercell Florence Bennett. He peacefully departed this life on Friday, February 12, 2021 following a short illness.

Born and raised in Middleton, Ohio, Bennett learned how to play the piano at age 11. After graduating from Middletown High School in 1949, he attended Miami University in Oxford, Ohio where he earned a Bachelors of Arts degree in Music Education. After graduation, he served in the military for 2 years before beginning his teaching career in Cleveland Public Schools. During this time, he taught band, choir, music theory, piano and music appreciation. Bennett was selected to serve as the Fine Arts Department Chair and received the honor of Teacher of The Year. Samuel loved sharing his talents in the community as well as in the local houses of worship.

On September 6th, 1970, Mr. Samuel Bennett left Antioch Baptist Church in Cleveland, Ohio as minister of music and Cleveland Public schools after 15 years of faithful service for the post of Assistant Professor of Music and Music Education at Miami University Oxford Ohio, his alma mater. During his 15 years at Antioch, he became an integral part of the warp and woof of the church fiber. Beginning in the 1950s, when he joined the church as a soloist in the church choir under the direction of the late Mrs. Nell Guinn, Mr. Bennett quickly advanced to choir director and then to Minister of Music responsible for the entire musical segment of the church program. Professor Bennett encouraged and creatively challenged the entire music department to serve with excellence.

He continued his own learning process even as he taught others and shared his knowledge with them. While at Antioch, he earned a Masters of Music degree at the Cleveland Institute of Music, sang with the Cleveland Orchestra Chorus under the direction of Mr. Robert Shaw, taught at the Sutphen School of Music of the Phillis Wheatley Association, presided as Music Department Chair at John Hay High School and was involved in community affairs. But with all of the added responsibility he was never too busy to contribute his own talent to a church program, encourage young musicians, be supportive of the pastor in the overall church program, fill in when vacations or resignations created vacancies, to do anything necessary for the advancement of the church and God's kingdom. He used his talents to the fullest in the High Praise which is why September 6, 1970 went down in Antioch’s history as Samuel Bennett Day in the City of Cleveland signed by the Mayor Carl B. Stokes.

While at Miami University, Mr. Bennett was promoted to Associate Professor while teaching applied voice and piano, choral conducting, theory, music appreciation, music education methods, and later serving a Division Chair. He was sought after as a choral clinician, adjudicator, soloist and conductor both nationally and internationally during this tenure. A few highlights from his musical career include singing The National Anthem for President John Kennedy in Washington, D.C., performing at Carnegie Hall

in New York City and The United Nations in San Francisco. He was selected by the university’s president to perform at President Lyndon B. Johnson’s memorial service, held at Miami University. It was a great honor for Samuel to represent and give back to his alma mater. He considered it a true honor, a blessing and part of God’s plan for his life.

Maestro Bennett has over 70 years of faithful and exemplary service in music ministry. He has served churches throughout Ohio including the cities of Middletown, Oxford, Cleveland, and Columbus. His ministry took him to Norfolk, Virginia, Chicago, Illinois, and ended in San Francisco, California.

When Mr. Bennett arrived in San Francisco in 1989, he began serving the historic Third Baptist Church under the pastorate of Rev. Dr. Amos C. Brown and later began serving at Bethel African Methodist Episcopal Church. Professor Bennett was on the musical staff at Bethel AME Church from 1990 to 2006 as lead organist and director of The Chancel Choir until his retirement. However, within a year, he came out of retirement to play the traditional hymns during Sunday morning services at Bethel and play for funerals at both Bethel AME and Third Baptist as needed. On Saturday, November 6, 2004, Maestro Bennett was presented with an Honorary Doctorate Degree of Ministry from the Bell Grove Theological Seminary on behalf of the National Baptist Women Ministers Convention signed by President/Board of Advisors Bishop John A. McBride.

On Sunday, July 17,2016, Professor Samuel Bennett, was honored on his 85th Birthday by Bethel AME and the City of San Francisco with a proclamation from City Hall for his commitment to music and church service. Supervisor London Breed presented Bennett with the proclamation in front of the congregation.

A Service of Memory is scheduled for Monday, March 29, 2021 at 11AM (PDT). Services will be held at Bethel AME San Francisco. The service will be streamed online on the church's Facebook Page and YouTube Channel. We know that Dr. Samuel Bennett has been a blessing to so many. Therefore, please share in this opportunity to remember and celebrate his life and ministry.

Plant a tree in memory of Samuel by clicking here.
To send flowers to Samuel's family, please visit our floral store.

A service summary is not available

Plant a tree in memory of Samuel
An environmentally-friendly option

Plant a tree in memory of Samuel

3 trees planted in memory of Samuel

A video tribute for the life and ministry of a maestro.

David and Dione, I am so sorry for your loss . It would have been a great pleasure to know your uncle. His music and strong faith live on in you both. God bless your family at this time and always.

A Memorial Tree was ordered in memory of Samuel Bennett by Laura and Bill Antoniak.  Plant a Tree

David-
While I never was able to meet him, your uncle sounds like an amazing man and role model. I am so very sorry for your loss. I am sending my thoughts, prayers, and well wishes.
Heather Griffith

A Memorial Tree was ordered in memory of Samuel Bennett by Heather Griffith.  Plant a Tree

A Memorial Tree was planted for Samuel Bennett

Plant a tree in memory of Samuel